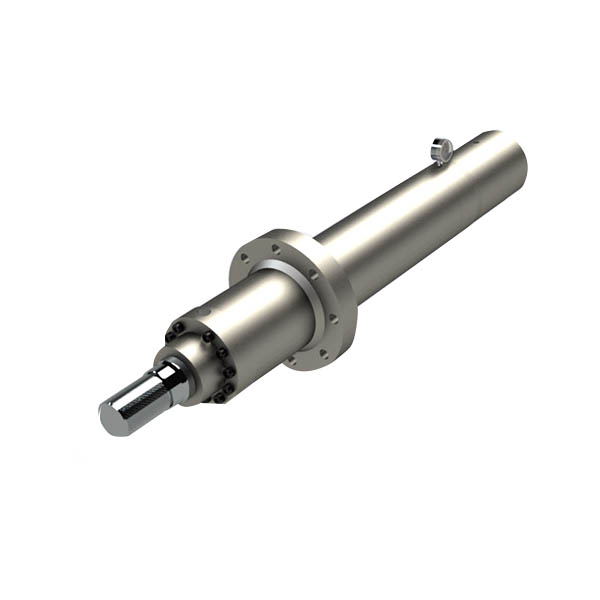 Hydraulic cylinder has a single out and double out, that is, the piston rod can move in one direction and two - way can be moved in two forms.

The output force of the hydraulic cylinder is proportional to the effective area of the piston and the pressure difference on both sides.The hydraulic cylinder is basically composed of cylinder barrel and cylinder head, piston and piston rod, sealing device, buffer device and exhaust device.Buffering devices and exhaust devices depend on the specific application; other devices are essential.

Hydraulic drives have cylinders and motors that convert the pressure energy of a liquid into mechanical energy and output it.Cylinder is mainly output linear motion and force.
Hydraulic cylinder has a variety of forms, according to the different characteristics of its mechanism it can be divided into piston type, plunger type and swing type three categories, according to the mode of action it can be divided into single action and double action.
Piston cylinder, plunger cylinder is mainly used in: machinery, such as excavator;Scientific research, such as university structural laboratory.

The oscillating hydraulic cylinder is an actuator which can output torque and realize reciprocating motion. It has several forms such as single vane, double vane and spiral oscillation.Blade mode: the stator block is fixed to the cylinder block, and the blade is connected to the rotor.According to the direction of oil intake, the blades will drive the rotor to oscillate back and forth.Spiral swing type is divided into single spiral swing and double helix two kinds, now double helix is more commonly used, by the two spiral sidelobe piston in the hydraulic cylinder straight motion into linear motion and rotation motion composite motion, so as to achieve the swing motion.